A Californian living their best lives, is going to the beach daily, drinking beer and enjoying the heat. However, there are those who enjoy that plus a little bit of what I call the holy grail. Metal, happens to be the holy grail of music, this year the metal community has had many blazing releases. From the European continent to American soil, the most devastating sounds have been unleashed and metal enthusiasts world wide might be missing out on some of these releases.

What makes metal music incomparable, is the intricate creation of sounds, those which are generated via instruments like violins, synthesizers, resilient vocal cords, guitars and so forth. Maestros of classical music, music theory and brutal noises can conjure sounds like those created by bands such as Exmortus, Skeletal Domain, Stortregn, Tribulation and many more. In an over saturated genre of what seems to be the black sheep of music, metal bands have devoted their souls to creating either their debut album, or third record with blood, sweat and rage. As the bands come to your hometown, they travel countless hours, in some un-luxurious methods of transportation to reach the very corners of places like Croatia, Ukraine, Germany and California. These musicians leave plenty behind, loved ones pets with hopes to spread their music world wide and bring comfort to those whose turmoil awakens demons within. The list which was carefully selected of what is hot this summer comes with no surprise toward the end of this Californian heat wave, hopefully. 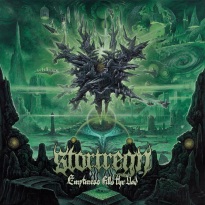 A touch of melody, and aggressive diabolical black metal vocals is all that is needed to create a mind blowing record by Stortregn. This Swiss quintet, delivered a neck breaker with their latest album titled Emptiness Fills The Void, via Non Serviam Records last May 25th, 2018. The album is packed with incredible guitar riffs, melodies and powerful drum work. The vocals by Romain Negro are versatile and contain a virulent atmosphere that will leave you breathless. On guitars, the virtuoso duo Johan Smith and Duran Bathija deliver an excruciating furious attack, with both technicality and speed blending sounds of classical flamenco and raw metal. The tracks all contain their own sound, with palpable melodies and guitar licks which will render the hair follicles on your body react. The drum work (Samuel Jakubec) is relentless, adding heaviness by the bass (Manuel Barrios) the cymbals will create that space needed to hear the brutal bass notes. Stortregn will have you raising hell with this album, make sure to get the copy of this melody from the void. 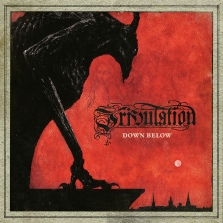 There is no better sound to relish upon other than Tribulation’s morbid conjuring. The Swedish band did not deviate from their melodic goth death metal sound with their album titled Down Below, out now via Century Media Records. The atmosphere created by Johnathan Hulten with his guitar is splendid, as he walks you through somber sceneries, you hear Johannes Andersson singing with gore. The quartet executes tracks like The Lament, which levitates you across the foggy night. There is no doubt that this band has some contagious riffs to say the least, their composition is derived from horror movies and such. The band will be touring North America with Pallbearer, make sure to get you tickets for this night filled with gloom and melodies.

What is metal with out extreme death metal like Skeletal Domain? Well this year Skeletal Remains unleashed the much anticipated monstrosity album titled Devouring Mortality via Dark Descent and Century Media Records. Their aggressive take

transports  you back to some old school sounds like Malevolent Creation and Morbid Angel, however their vocalist gores just like Tom Hardy. If this does not convince you, check out track titled “Catastrophic Retribution”, it has a guitar solo that will skin you alive. The album is a relentless beating, giving you no room to breathe and come to consciousness. The guitar work by Chris Monroy and Mike De La O are excruciating. You hear heaviness in each strum, and explosions coming from behind the drums. All which are paired up with Adrian Marques’s bass which will surely blow your head off. The Californian trio have traveled Europe and are due to take part in the Decibel Magazine Metal and Beer Fest LA. 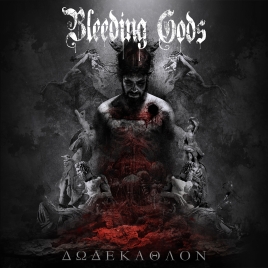 The banner of symphonic orchestrations is being carried by a band named Bleeding Gods, straight from the Netherlands. This band unleashed a debilitating record with their Nuclear Blast Records debut, titled Dodekathlon which focuses on the Herculean labors. The story unfolds as the tracks go on and expose you to a cinematic, yet aggressive force that will have you putting this band on your top five. Ramon Ploeg, is an undeniably talented guitarist and composer. Even though, the story line was written by greek mythology fan and vocalist Mark Huismann, the entire ensemble delivers an opus magnum with this album. The relentless beating on track titled “Beloved By Artemis” will have you headbanging and moshing violently. Once you hear this brutal record, you will also have acquire knowledge of those labors.

One more Southern California based band is on the list of the hottest record of 2018 by far is Exmortus. The neo-classical thrash metal purveyors have unleashed another powerful sword yielding album titled The Sound of Steel, out now via Prosthetic Records. This record is packed with guitar solos that will have you creating whirlwinds. Exmortus, front man Conan, can shred like no other he shared the recording studio with Chase Becker of Warbringer and their chemistry is tantalizing. The record contains thrash metal riffs and astounding drumming by Carloz Cruz of Warbringer as well. The relentlessness from tracks like “Make Haste” will allow you to moshpit and rage. The technicality with which both guitarist play is godly like, they have toured Europe and the U.S. blowing away audiences, this album will floor you. 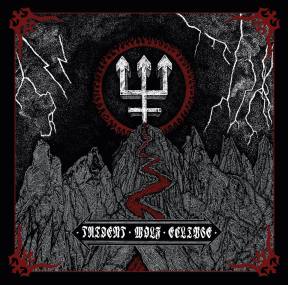 Let us get a little darker, with the latest release of black metal purveyors, Watain. Now, known for their use of pig’s blood during their live rituals, Watain are rabid performers. They released their album titled Trident Wolf Eclipse via Century Media Records. The beauty of this album will invigorate the fire within. The introductory song, “Nuclear Alchemy” slashes your throat from the get go. Their virulent sound expels a dark energy, penetrating your soul. With each cannon blast and guitar riff this band has been delivering malevolent black metal for since 1998. The record contains rhythmic tracks with evil atmospheres, and track titled “Teufelsreich” is one of those songs that carries you and keeps you captivated with the maelstrom of melodies. Drum beat after drum beat, Watain exhumes the death from their grave. There is no doubt Watain is taking the blasphemous black metal scene by the storm, with hunger in their eyes, their live rituals expose those dark souls to the depths of hell. Destruction is imminent, as the record unleashes musical demons, and in track “Furor Diabolicus” the madness continues. You can hear chaos with reason in this track, from the diabolical vocals by Erik Danielsson to the short striking solo, this son will subdue you to a world of pain. Check this album out.

The essentials are there, with masters of shred as well as creators of chaos metal has something for everyone looking to rage. From black metal to thrash metal the metal real is a vast collection of thoughts, expressions and sounds let this genre allow you to speak your mind and envelop your self in darkness, or joy which ever you find more fulfilling. In the mean time check out these bands if you still have not.