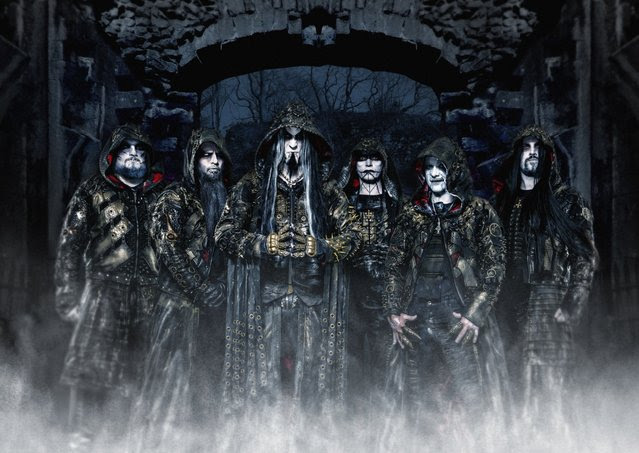 With over 1.3 million Youtube-views on their first single “Interdimensional Summit,” Norwegian devils DIMMU BORGIR have proven that they are back for good after over 7 years of silence. On May 4th, the symphonic black metal masters will deliver their new full-length album Eonian and today, they unveil their second single with a stunning music video.

The experimental, folkloristic ‘Council of Wolves And Snakes’ is risking a look far beyond the horizon and proves that the band follows ‘no formula, no absolute’, as Silenoz vows, and shows that the path sometimes guides them to places they would have never expected to end up when they started their journey.

Vocalist Shagrath states: “It’s a song that sticks out from the rest of the album, it’s DIMMU BORGIRgoing into an experimental direction, but you can also find a lot of black metal inspiration in the middle section of the song. We are a band that has never been afraid of trying out new directions and artistically this is surely a very interesting and different track.”

Watch the music video of “Council Of Wolves And Snakes” here: youtu.be/5ws18_MZ-lw

The digital single is available for download and streaming via this link: nblast.de/DBCouncilWolvesSnakes

In case you missed the music video for “Interdimensional Summit,” watch it here: youtu.be/P7vg7ir8jyc

Being one of the successful extreme metal forges on the planet, DIMMU BORGIR have been dominating the symphonic black metal genre for 25 years. The songwriting core of DIMMU BORGIR furthermore consists of charismatic vocalist Shagrath, as well as the string wizards Silenoz and Galder, but other familiar faces also emerge from the darkness: Drummer Daray and keyboarder Gerlioz are still part of the team, and Gaute Storaas helped with the choral arrangements for the majestic voices of the Schola Cantrum Choir. As the title Eonian indicates, the band’s 10th full-length release is dealing with the illusion of time and marks a tribute to both the band’s own past as well as the Norwegian black metal history.

Pre-order your copy of Eonian here:nblast.de/DimmuBorgirEonian