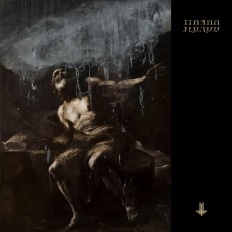 Whether you like metal or not, there is no denying that the masterminds have created yet another succulent record. Behemoth will unleash their 11th, full length album via Metal Blade Records on October 5th, last night at the State Social House in Hollywood many metal heads witnessed that masterpiece. Nergal and the rest of the Metal Blade family welcomed fans to this venue as they played the new I Loved You At Your Darkest album. The sound is heavy, the atmosphere it creates is tantalizing. From songs like “Ecclesia Diabolica Catholica” to the one you all have heard “God = Dog” this album will floor you. The creative side of this Polish blackened death metal band is perplex, with intensifying riffs and sounds that will have you worshiping the darkness. The thunderous drum work by Inferno, and the mind blowing bass notes by Orion are notable in this record, and you can’t expect anything less. Seth on guitars delivers a potent sound, that will make your mind explode.  You will hear Nergal like never before, he is a genuine artist, who gores with passion and destructive yet majestic energy. 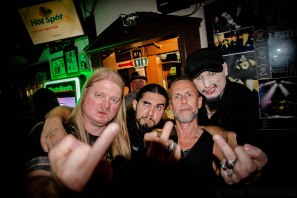 The support by label mates such as Amon Amarth and Dragonforce members was astonishing. Herman Lee of Dragonforce was there, to witness and commemorate this night. Among others, were members of the viking metal band Amon Amarth, Johan Hegg, Johan Soderberg, Olavi Mikkonen and drummer Jocke Wallgren showed their support of the Polish blasphemous act. Bryan Slagel was in presence and introduce Nergal who thanked everyone and proudly stood there as the masterpiece enamor fans. Nergal is unique person, he embraced every fan who wanted to meet him, opened up for conversations and said to the fans “This is my baby, I am proud of it” as he should. The album destroys every nerve on your body, it has elements that are darker than any abyss, the sound is catastrophic and will drag you in to the void. The night was a celebration of this malevolent creation, and fans will be blown away with this new material. The striking force this record purveys will be another one to talk about for years to come. The night was a beautiful congregation of the masses and Behemoth has done it again. 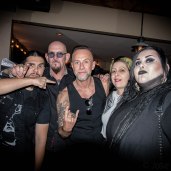 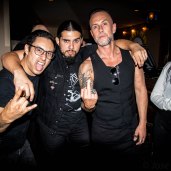 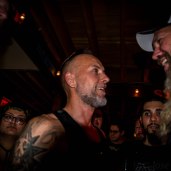 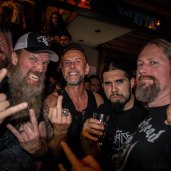 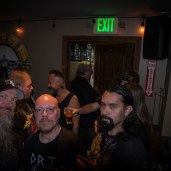 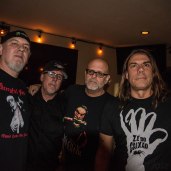 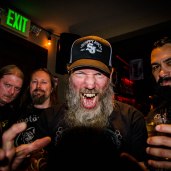 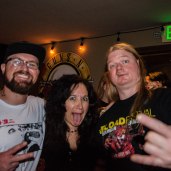 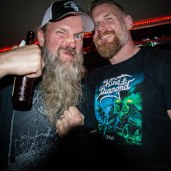