UK’s legendary extreme metal icons CRADLE OF FILTH have announced the details for the band’s upcoming 12th full-length album.
‘Cryptoriana – The Seductiveness Of Decay’ will be released on September 22nd via Nuclear Blast. You can view the stunning cover artwork by Artūrs Bērziņš below. Bērziņš is the mastermind behind the new record’s artwork, photography and videography – best known for his defiant neo-symbolism raster graphics and oil paintings; postmodern interpretations of classic myths. He has been proclaimed as a “sacred monster of Latvian postmodernism”.
Commented the infamous Dani Filth:

“The album is deeply infused with Victorian gothic horror and thus the title is a reflection of that. ‘Cryptoriana’ implies the Victorian’s infatuation with the supernatural, the grave and the ghoulish. And the subtitle ‘The Seductiveness Of Decay’ further cements this attraction to death and the glittering lengthy process of self-annihilation.” 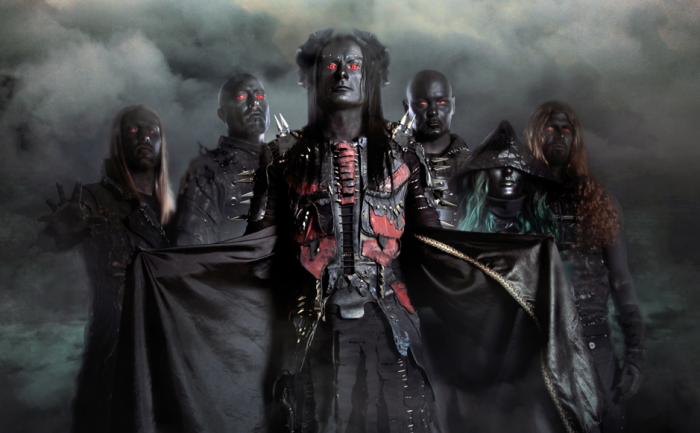 The first single off ‘Cryptoriana – The Seductiveness Of Decay’ will be released on July 5th, the same day that the album pre-order will become available.
Today the band also announces their first full scale UK and Ireland tour in years, starting in Belfast, Northern Ireland on 30th October.
Added Dani Filth:

“We, as a band, are incredibly excited about hitting the UK and Ireland for a full run of dates around All Hallows Eve, as playing the band’s home country is always great fun and the audiences here are very receptive. And nuts. The dates will be the first in a long line of shows that will extend throughout the rest of the World throughout 2018. We aim to be very prolific on the live front, delivering a show worthy of our fan’s exalted expectations and more”
CRADLE OF FILTH UK & IRELAND TOUR:

11.11. Bristol – Bierkeller
Tickets will go on sale on Monday, June 19th here: http://www.ticketmaster.co.uk
‘Cryptoriana – The Seductiveness Of Decay’ was recorded at Grindstone Studios, Suffolk, UK by the very honourable Scott Atkins, esq. who has been the resident go-to producer for Cradle Of Filth for several albums. Dani sat in during the mix, serving up flaming mugs of teas, making the studio couch his own and lending his ears when necessary.