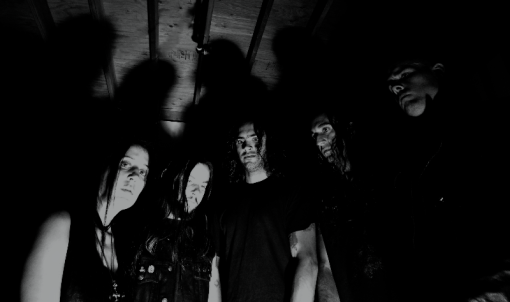 VASTUM Eight Days Of Death Tour Dates:
3/02/2017 Nalen Klubb – Stockholm, SE
3/03/2017 Ciemna Strona Miasta – Wroclaw, PL
3/04/2017 Battlezone – Zwickau, DE w/ Grave Miasma [info]
3/05/2017 The Netherlands Death Fest – Tilburg, NL [info]
3/06/2017 Music City – Antwerpen, BE
3/07/2017 Dots – Göttingen, DE
3/08/2017 Rote Flora – Hamburg, DE
3/09/2017 KB18 – Copenhagen, DK
The day after the tour, VASTUM‘s label home 20 Buck Spin will reissue a remastered edition of the band’s primal debut album, Carnal Law, which has been out-of-print on vinyl since its 2011 release. Carnal Law was originally issued on vinyl by Deific Mourning / Contagion Releasing in a one-time limited version of 500 copies, while 20 Buck Spin handled the CD. The original vinyl pressing disappeared immediately, and the album has since been unavailable on vinyl for the last four or five years. Until now that is as 20 Buck Spin presents Carnal Law on vinyl once again, with a freshly punishing remaster courtesy of Brad Boatright at Audiosiege.
Both the progressive and regressive elements that made their newest album Hole Below such a heralded monument of death metal were evident already on Carnal Law. Tasteful, recognizable lead work not unlike the virtuosity one notes in mid-period Death or Carcass appears throughout but never overwhelms the fetid odor of vice at the album’s core.  Like the paramount albums of the genre, Carnal Law makes its point quickly and resolutely, with viciousness and intent, with the now well-known dual vocal onslaught of Dan and Leila presiding over it all.
Stream VASTUM’s remastered Carnal Law LP RIGHT HERE.
The Carnal Law repress is out next Friday, March 10th, with a limited gold vinyl variant available exclusively to US record stores via Revolver USA, and a limited multi-color variant to be available directly from 20 Buck Spin. A repress of VASTUM‘s Hole Below is also available, including a new limited multi-color variant available directly from 20 Buck Spin. Orders for the Carnal Law vinyl reissue can be placed HERE and the Hole Below repress HERE.
Here is  A Track off their most recent release – Hole Below 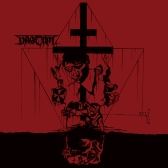