Edmonton shredders STRIKER have been nominated for a Juno Award for “Metal/Hard Music Album of The Year” for their 2017 self-titled album released via their indie label Record Breaking Records. STRIKER have had quite the bullet train ride in 2017, supporting their fifth studio album that saw them perform on 70,000 Tons of Metal, tour Europe with Sonata Arctica plus North America with Dark Tranquillity and Warbringer. The Juno Award is the most prestigious recognition a musical artist can receive in Canada. The 2018 Juno Awards will be held in Vancouver, BC on March 25th. Full details can found at www.JunoAwards.ca.

Guitarist Timothy Brown comments:
“We were beyond happy to wake up to the news today that we were nominated for a Juno for best metal album. We’re finishing up mixing for the next album as a Juno nomination comes in for the last. Thanks to everyone out there for all the support. It’s been an incredible year and it just keeps getting better.” STRIKER is nominated alongside the following bands:

STRIKER‘s self-titled album features 9 shredding tracks that are all killer and no filler to continue the band’s classic mix of heavy metal to follow 2016’s highly praised “Stand In The Fire”. The album was self-recorded by the band (Dan Clearly (vocals), Tim Brown (lead/rhythm guitars), William Wallace (bass), Adam Brown (drums) plus help from Randy Black (Primal Fear, Bif Naked, Annihilator) who filled in on drums while Adam was away during recording) along with mixing done by genius Frederik Nordstrom (Bring Me The Horizon, In Flames, Opeth).
Here is a music video and see why you must keep an eye on this heavy metal band. 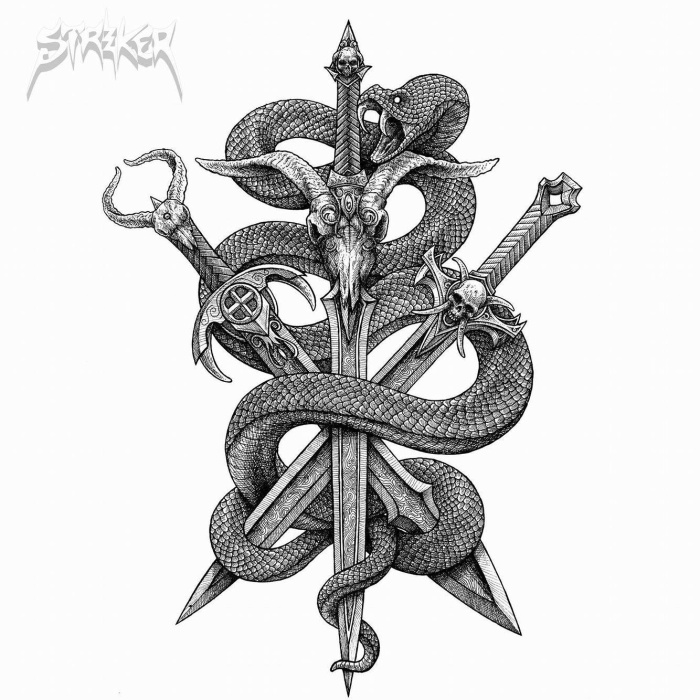