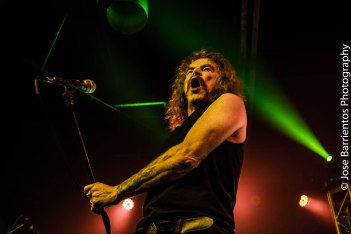 Thrash metal has not been dormant, with bands like Havok, and Overkill continuously releasing great music; the scene has been stronger than ever. On Saturday September 23rd Pomona’s Glass House was shaken by the sounds of Havok, Crowbar and Overkill during the Metal Alliance Tour. It was a mad house from the minute the venue opened, until the last track played by Overkill, metal poured to the ground as bands ravaged on stage. 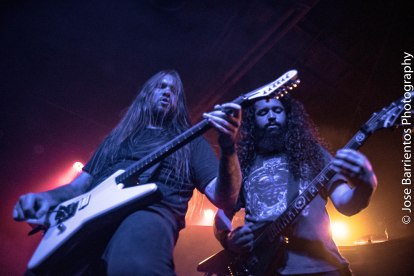 The stage was set for Havok, as the crowd gathered, the sound check was taking place preparing the fans for what was about to be unleashed. Intense thrash metal by Denver, Colorado’s Havok was delivered and the energy transcended during each guitar solo and relentless drum blast. The band is dynamic, and they are masters of their instruments as their set is played the bass by Nick Schendzielos makes those walls shake, yet that is not the only reason the venue trembled; Pete Webber sonic booms on drums were imminent. Havok brought their political views on stage, and the fans hailed each lyric projected to them by David Sanchez while they moshed during Reece Scruggs shrieking guitar solos. Despite their recent tour cancellation with the mighty Megadeth, this band is doing exceptionally good live without having to support those thrash metal titans. Havok needs no introduction, as their irreplaceable sounds were carried across The Glass House. 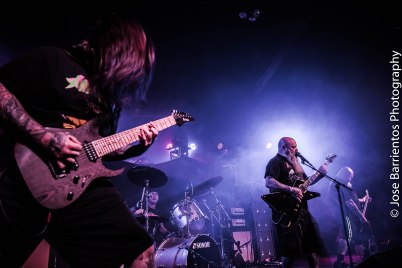 The other heavy sound that tore a new one on all fans was Crowbar, with Kirk Windstein on vocals releasing his fury, the band runs over fans. Yes, it is a heavy duty machine that delivers nothing but armor loaded metal, by that we mean heavy, brutal, and indestructible. The sound created by Todd “Sexy T.” Strange matches his presence, a powerful one. With his charisma, and skills, the sound delivered by Crowbar is seismic. The richter scale measure at a magnitude of 10.3 and the drums by Tommy Buckley only deepened the impact. Yes, an impact which will break your spine by heavy riffs delivered by Matthew Brunson, Crowbar swept the venue with their excruciating sound, making fans headbang until their neck went numb. Be ready for the rest of their tour, as they will punish your spine.

The night needed to be closed with fast tempo, classic New Jersey thrash metal; and Overkill took everyone’s breath away. There is only one crazy band that can make fans headbang, moshpit relentlessly and sing along to songs like “Mean, Green, Killing Machine” and others and well, this band has it all. The nerve wrecking guitar solos that allow metalheads to enter a trance and help them unleash pent up stress from the week. D.D. Veni has been delivering skillful and powerful bass tones since 1980, with Overkill and frontman Bobby “Blitz” Ellsworth; both old school fans and new comers are fond of their destructive metal. As adrenaline flowed in the venue, so did the brutal sounds of Derek “The Skull” Tailer and Dave Linsk on guitars, each solo and thrashy riff delivered a cathartic sound. Jason Bittner is the newest addition from Folsam and Jetsam line up, this drummer’s skills have been molded by time and exposure to the sound of Overkill. 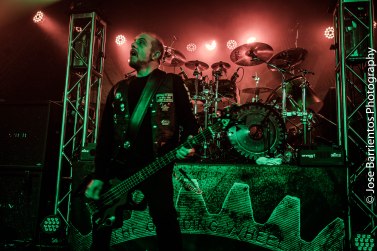 Thrash metal is in the DNA of this band, and there is no denying the fact that they delivered neck wrecking metal for the sake of instilling brutal energy and they will continue to do so as long as they live. For the love of metal, Overkill plays plan b venues, and big venues to reach out to all their die hard fans, with their sound being so powerful, it is important for their chemistry onstage and perfected sound to be spread worldwide. Overkill, possesses the ability to destroy venues across the globe, with their Jersey attitude and thrash metal they have been unstoppable and never dormant since 1980, long live these 25 year old man stuck in the body of a 60 year old energetic dude. To catch them live simply follow our links and make sure to give us a like, and buy their vinyls, memorabilia, merchandise and so forth, keep the scene progressing.

One thought on “Overkill, A Mean Killing Thrash Metal Machine”