EYEHATEGOD will kick off a thirty-nine-date US mega tour this Tuesday! The Left To Starve summer takeover will run through September 13th, and includes performances with Capitalist Casualties, Phobia, Primitive Man, Negative Approach, Antiseen, Cro-Mags, Pig Destroyer, The Obsessed, and Mountain Of Wizard on select 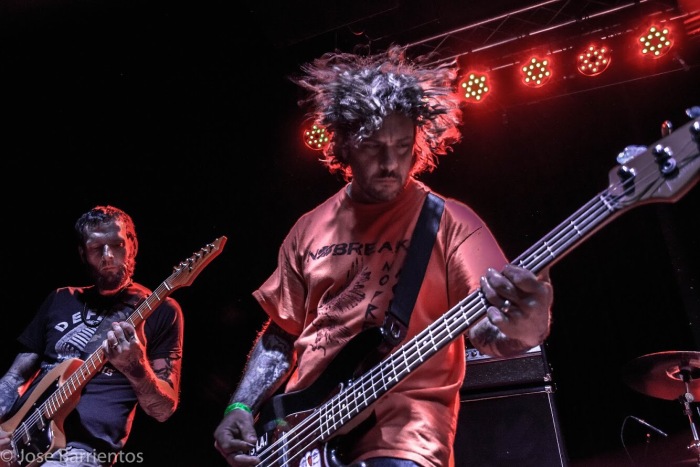 dates. The journey also marks frontman Mike IX Williams’ lengthiest tour since undergoing liver transplant surgery this past December.
See all confirmed dates below and check out the tour teaser courtesy of Chariot Of Black Moth at THIS LOCATION. 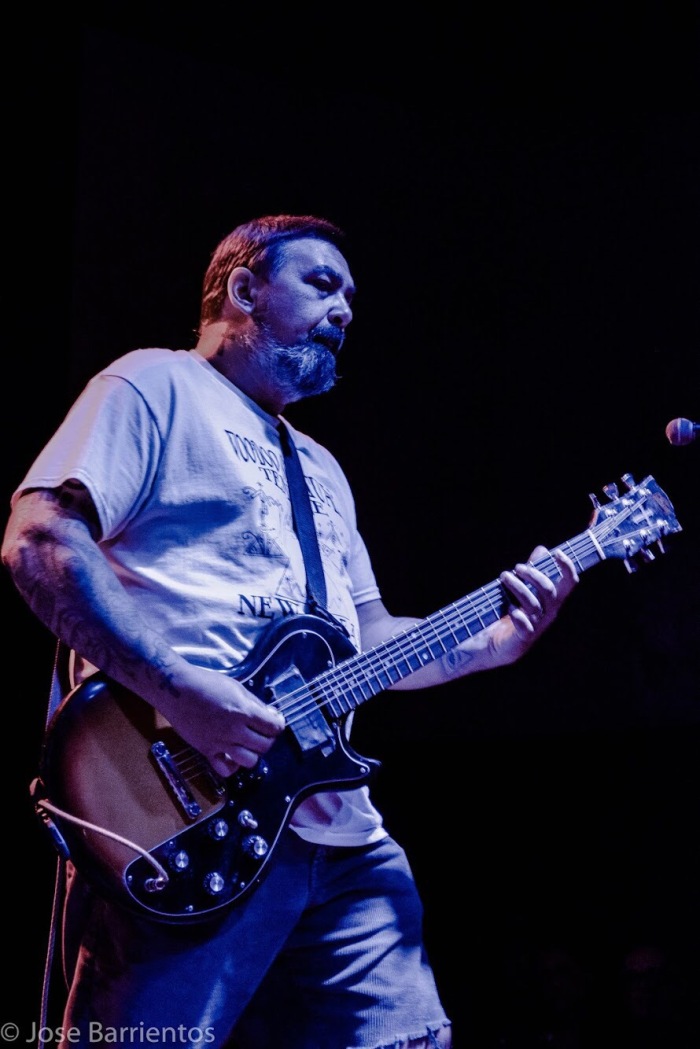 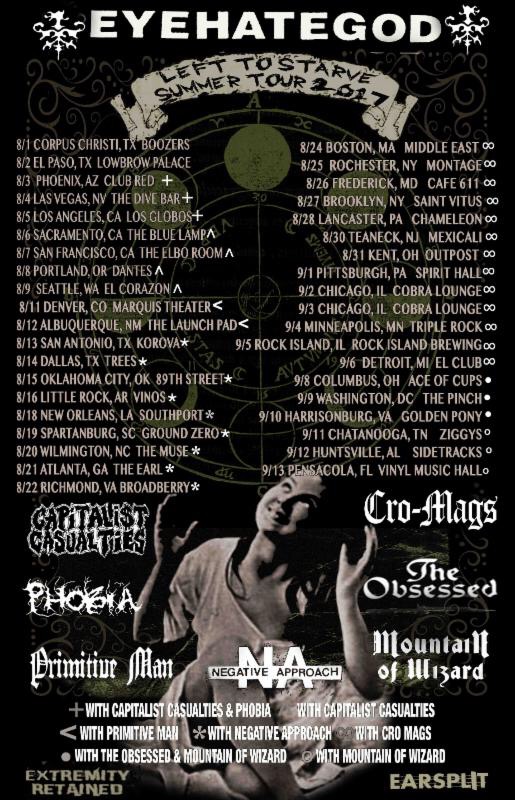 EYEHATEGOD continues to deafen the masses in support of their self-titled LP which dropped in 2014 via Housecore Records, breaking the band’s decade-and-a-half gap since their prior full-length and marking the most successful release of the band’s storied history. Consequence Of Sound called the record “…their most entertaining release since 1996’s Dopesick… urgent and raw, as if the band hasn’t aged a day,” Pitchfork gushed, “they’ve come out swinging, armed with yet another of their often-renewed leases on life and still spoiling for a fight. That EyeHateGod exists at all is a miracle in and of itself, but the fact that it is so damn great is simply extraordinary.” Added Metal Injection, “in terms of consistency and sheer ‘fuck yeah!’-ness. this is right up there in that first tier of must have EYEHATEGOD platters. Welcome back, boys. You earned it.”
The band will be celebrating their thirtieth anniversary next year. Stay tuned for special releases to be announced in the future. In the meantime, orders for EyeHateGod in North America can be placed via Housecore Records HERE. Additionally, the official For The Sick Benefit poster and benefit T-shirt are still available for purchase at IndieMerch HERE.