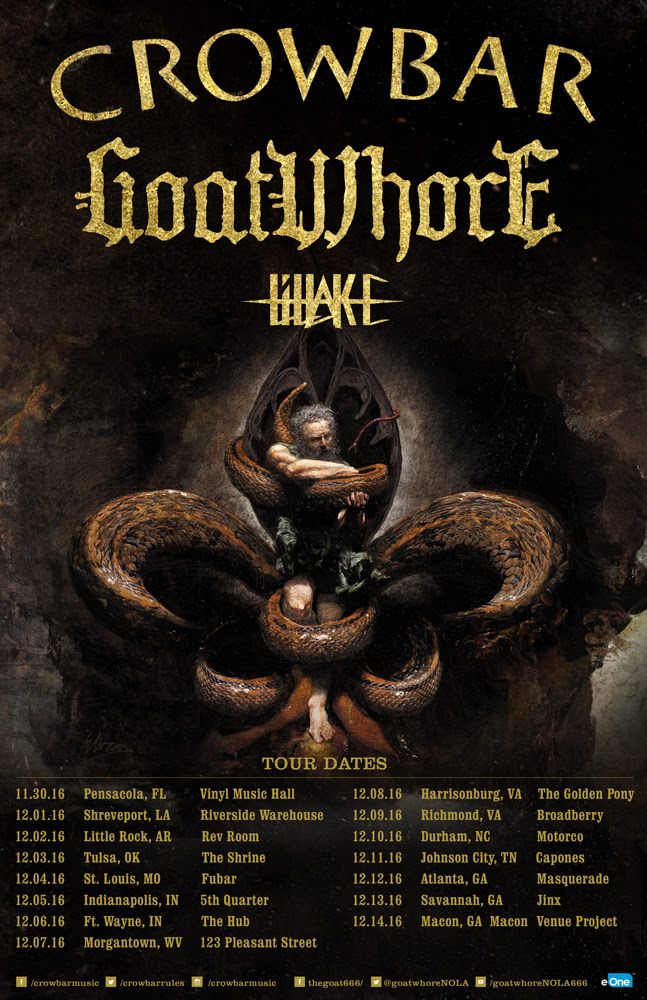 GOATWHORE recently completed tracking the follow-to their globally adored Constricting Rage Of The Merciless full-length at Earth Analog recording studio near Champaign, Illinois. Further details to be unveiled in the coming weeks.

Issued in 2014 via Metal Blade Records, Constricting Rage Of The Merciless debuted at #81 on Billboard’s Top 200 chart, topping their last entry position of #171 with Blood For The Master. Crowned their most “varied record to date, as well as their strongest,” by Pitchfork and, “unrelentingly pummeling and brutally oppressive,” by PopMatters, Constricting… also hit the #21 spot on Billboard’s Rock chart, #7 on the Hard Rock chart, and #13 on the Independent chart. Purchase your copy today at metalblade.com/goatwhore where you’ll also find a host of videos, including a special edition of “FBS,” compiled from fan-filmed footage from around the globe.