Viking Swedish Death Metal, Amon Amarth is releasing their 10th studio album on the light of March 25th via Metal Blade Records. The album ‘Jomsviking’ is a conceptual record and it is Amon Amarth’s first ever.

This album can expect to have battle cries, bloodshed, and Viking themed tales. For near 20 years Amon Amarth have own the name of the Viking Swedish Metal band, and all their previous work has been riveting. Amon Amarth released a video of the track titled “At Dawn’s First Light” and it is an epic Viking battle showcasing, guts, axe battles and the Viking style of fighting. The other video release is “First Kill” the intro song to Jomsviking, a track filled with Amon Amarth’s music style, heavy and heavy to the core. The anticipation grew and March 25th is upon us, fans can only wait to listen to such epic story. This will be the record of the month, the battlefield fans have been waiting for will also be painted on tour In the U.S.A., as Amon Amarth plays live this conceptual album. 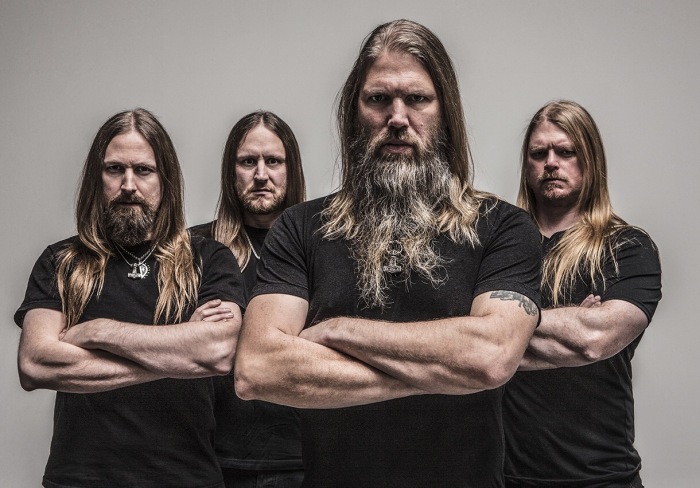 The departure of Frederik Andersson early March 2016 left Johan Hegg hanging right before the tour. However, with that upon them, Amon Amarth quickly started their search for a new drummer. Upon the quickly approaching tour, Amon Amarth recruited Jocke Wallgren (October Tide, Valkyrja) who slayed on the drums on his debut on March 22nd at the Underworld in London, England. Stay tuned for photos of the live show from their 2016 with Exmortus and Entombed A.D. in North America.

One thought on “Jomsviking- Amon Amarth”